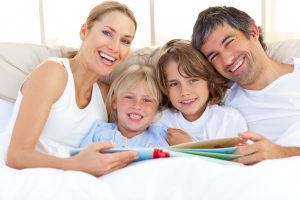 Is Your Dentist BPA Free?

Bisphenol A (BPA) is a chemical that has been used to harden plastics for more than four decades. It is literally in everything around you. It is in medical devices, water bottles, the lining of canned foods and drinks, and many other household products.

Over 90% of us have BPA in our bodies at any given moment. We intake most of it by consuming food and drink that have been in containers made with BPA. You can also pick up BPA through air, dust, and water.

BPA has been shown to have hormone-like (estrogen) properties that raise concern about its suitability in consumer products and food containers.

According to the U.S. Department of Health, toys generally do not contain BPA. While the hard outer shields of some pacifiers do have BPA, the nipple that the baby sucks on does not. 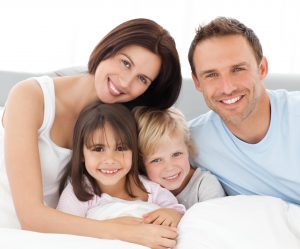 Ask Your Dentist If They Are BPA Free?

Definitive studies still have not been completed to know the total risk to humans. However, the FDA maintains that studies using standardized toxicity tests have shown BPA to be safe at the current low levels of human exposure. But based on other evidence learned thru animal studies, the FDA expressed “some concern” about the potential effects of BPA on the brain, behavior, and prostate glands in fetuses, infants, and young children.

Recent scientific research has found links between BPA and serious health problems, from heart disease, diabetes and liver abnormalities in adults to developmental problems in the brains and hormonal systems of children.

How does BPA possibly affect the body?

There are three ways BPA can become a part of dental materials:

1. As a direct ingredient in dental composites or dental sealants.

2. As a by-product of degrading dental composites or dental sealants in saliva. Composite resins are formulated from a mixture of monomers that are commonly based on bisphenol A glycidyl methacrylate (bis-GMA). Some composite resins may contain other monomers, in addition to bis-GMA, that are added to modify the properties of the resin. An example is bisphenol A dimethacrylate (bis-DMA).

Bis-GMA and Bis-DMA-containing materials can release  BPA because both  bis-DMA and Bis-GMA are subject to degradation by salivary enzymes. Bis-DMA releases more BPA than Bis-GMA.

3. As a trace material during manufacture of dental materials. BPA may be used in the production of other ingredients found in some dental composites and sealants. Bis-DMA and bis-GMA are both produced using BPA as a starting ingredient, so residual trace amounts of BPA may be present in the final product. There are many products utilized for “white” fillings. You can ask if your dentist is BPA free. The products utilized should not contain BPA, and even better if there is also no Bis DMA.

Marielaina Perrone DDS is dedicated to her patient’s health and well being. She has researched products specifically that are safe to use and BPA free whenever possible. These include dental composites and dental sealants that are known to be BPA free. 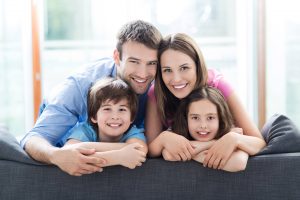 What Can Be Done To Limit Dental Exposure To BPA?

The big concern first was the use of traditional dental materials like dental amalgam. Amalgam contains mercury and there has been vigorous debate regarding its health effects. While all dental amalgam fillings contain mercury, not all dental composites and dental sealants contain Bisphenol-A (BPA). It is important to choose a dentist who carefully selects dental composites and dental sealants that are BPA free.

What if you already have dental composites or dental sealants? Should you be concerned?

It is important to remember the amount of BPA released in dental composites and dental sealants is very small. Although, the effect of BPA accumulation may be small it is important to note that it is a cumulative effect. Over the course of a lifetime the BPA will build up like most environmental toxins. Still, if the dental work in question is not causing any immediate health problems that you experience, removing the dental composite can do more harm than good. The trauma each tooth would undergo through the removal process may do more substantial harm to the teeth.

How To Reduce Overall Exposure To BPA?

Choosing products that are BPA free  is important. Make good choices in everyday products as well as dental materials. Below are some tips to reduce overall BPA exposure for you and your loved ones.

Research continues to mount regarding the health hazards of Bisphenol-A (BPA) so it would be wise to protect your family and be educated. While we can probably never live a BPA free life we can limit exposure by making smart choices in dental care as well as our lifestyle. Manufacturers are making their own choices, and moving towards many BPA free products. Hopefully, future research will continue with the evolution of even better products to keep us all healthier.