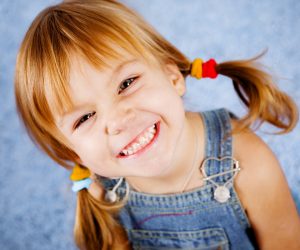 Tourette syndrome is a a neurological disorder characterized by involuntary motor tics along with vocal tics and often the compulsive utterance of obscenities. This syndrome can be especially hard for self esteem and self confidence. Those suffering from these motor and vocal tics can feel isolated and alone. There is no cure for Tourette’s syndrome but what if your dentist could help relieve these tics? Recent research at Osaka University may give some hope using an oral splint to circumvent these tic events associated with Tourette syndrome.

What Is Tourette’s Syndrome?

Tourette syndrome (TS) is a neurological disorder known for its repetitive, stereotyped, involuntary movements and vocalizations referred to as tics. The disorder is named after Dr. Georges Gilles de la Tourette. This French neurologist was the 1st to describe this condition in an 85 yr old French woman. Tourette’s syndrome is usually first noticed between the ages of 3 and 9 yrs old.

Males are afflicted with this syndrome between 3 and 4x more than women. There are about 300,000 Americans with Tourette syndrome. Surprisingly, the syndrome’s tics generally but not always reach their high point of severe tics in the early teens and tend to improve as we age.

The main characteristic of a tourette syndrome patient is one with uncontrolled vocal tics and motor tics. These movement disorder tics are classified by the medical community as simple or complex. Simple vocal tics and motor tics are ones that use a small amount of muscle groups. These include eye blinking, shoulder shrugging, and even facial grimacing. Simple vocalizations will include repetitive throat clearing and grunting sounds.

Complex tics are a distinct and coordinated series of movements involving several muscle groups together. An example of a complex movement disorder is one in which two movements are combined. This can include a facial grimace in combination with a head twist and shoulder shrug. More complex vocalization tics can include words or phrases vs a simple grunting sound. These tics are often made worse with increased excitement or anxiety and can be relieved during calm, hyper focused activities.

Physical experiences can also trigger or worsen tics. A good example is a neck tie might trigger a neck shrug due to the feeling of the tie around ones neck. Tics do not go away during sleep but are often significantly decreased.

How Does The Dentist Help With Tourette Syndrome?

Traditionally, there is no cure for Tourette Syndrome. There are only interventions which can help alleviate these motor tics and vocal tics. The medical community has used behavioral methods (cognitive behavioral therapy) as well as pharmaceutical ones (like medications that block dopamine in the brain). These medical treatments have not been as successful with Tourette syndrome as hoped. Researchers at Osaka University have a possible solution thru a study on an oral splint to help alleviate these tics.

These researchers developed a custom made oral splint similar to a teeth grinding oral appliance. The custom oral splint is applied over the molars in the back of the mouth. The splint helps to increase occlusal vertical dimension (opens mouth wider than natural). This opening of the jaws changes the alignment of the nose, lips, and chin. The study was published in the scientific journal Movement Disorders.

The research while small (only 22 participants) may be significant. The team found that biting on the custom made oral appliance immediately improved both vocal and motor tics (involuntary movements). For the children over 70% saw immediate improvement. For the adults, it was very similar (about 75%). The most fascinating part of this research was that the improvement stayed over the longer haul.

Long term improvements after 100 days of use of this oral splint was especially noticeable in Tourette syndrome patients who were diagnosed at an early age. It is believed that the custom oral splint helps to act as a sensory trick on the brain.

Tourette syndrome patients have long been taught to use sensory tricks to control movements and vocalizations. These have included touching the face or chin when they feel the sensation coming on.

The Tourette syndrome research team acknowledges larger scale studies will be needed but the oral splint has definite potential for helping hundreds of thousands of people with Tourette syndrome in the US alone.

Tourette Syndrome And Your Dentist Conclusion

Those dealing with the effects of Tourette syndrome know first hand how devastating these tics can be to every day life. They have the ability to affect you socially and in business. A tourette syndrome dental appliance patient could hopefully alleviate involuntary movements as these studies move further along. For now, your dentist may be able to help by experimenting with you and see what might work best to relieve the uncontrollable tics Tourette’s syndrome causes.

Marielaina Perrone DDS Can Restore And Enhance Your Smile

If you are ready for a smile makeover, contact Marielaina Perrone DDS at (702) 458-2929 to schedule a no cost cosmetic consultation appointment. We cannot wait to help you with your smile makeover to create the smile of your dreams in Summerlin, Henderson, and Las Vegas, NV.
Posted in Oral health, Pediatric Dentistry and tagged dental appliance, Dentist Henderson NV, Dentist Las Vegas, Dentist Las Vegas NV, Dentist Near me, motor tics, tourette syndrome, vocalization tics